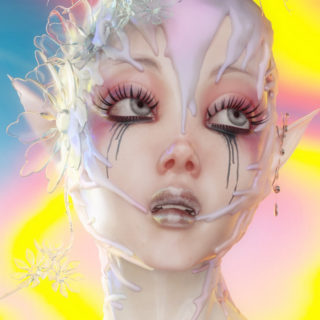 At its prime, trance was cast aside as an artless bastardisation of techno, scoffed at by the purists. It’s been joyous to hear these sounds repurposed recently, by artists specifically attracted to the naivety, euphoria and vulgarity of these outsider sounds. Many of the acts influenced by unruly Eurodance are often outsiders themselves in the real world – many a queer kid around my age worried about being caught listening to music that could out us as weirdos. This current artistic wave have tapped into the otherworldly appeal that these artificial sounds offered to lonely kids in their bedrooms.

Rui Ho’s ability to fuse delicate melodies with hardnosed trance beats has made her a standout in this style. The gorgeously maximalist Becoming is an Eventful Situation and In Pursuit of the Sun EPs have melancholy lurking beneath the surface. Her Chinese heritage and transgender identity were explored with nuance and intimacy in a genre prone to bombast.

Her debut album Lov3 and L1ght is the first time her voice has taken centre stage. Though the results are mixed, it shows great promise. This is sharp collection of rave tunes whittled into pop balladry, naked in emotion and sturdy in conviction. ‘Exodus ‘12’ documents her immigration from China with the excitement and hope of starting a new life. Its very best moments like ‘Right Now’ threaten to break apart with piercing, overblown production that hint at transcendence and decay equally.

Rui Ho has spoken about how vocal feminisation is a hidden theme here, which shines through in the obscuring use of pitch shifting; pop vocaloids and CGI aestheticism feel more of an influence than any human singer. But in these busy songs, the emotion of her vocal occasionally gets swallowed up, leaving some songs without direction. When a plucky synth line takes over melodic on the drumless closer, for example, the piece feels more purposeful.

Still, Rui Ho has already crafted a clear persona and compelling story in this particularly saturated genre. It’s well worth following where she goes from here.