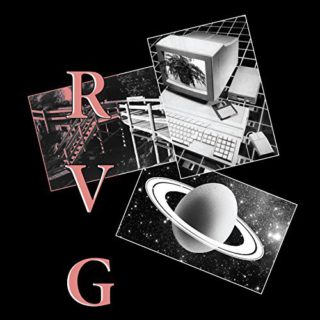 RVG have good vintage. This, their debut album, was recorded live off the floor at Melbourne institution The Tote, and wears its heritage on its sleeve.

It’s that coupled with singer Romy Vager’s flair for narrative that drives the record, when the title track records the musings of an inmate on death row, for example, like the darker cousin of the Paul Kelly classic ‘How to Make Gravy’. It’s not the only point of reference that sticks out –  RVG’s influences are clear at every turn, from Smiths riffs to Go-Betweens shimmer. The downside here is that there isn’t a lot scope for variation, and some tracks don’t land quite so well as others. Still, there are definite moments of invention, as on the human/machine lovesong ‘IBM’, which comes to a rapid halt part way through to let an Internet dial-up tone screech its way out of the speakers. But it’s recent single ‘Vincent Van Gogh’ that’s the real stand out. Here, Romy toys with the myth of the tortured artist, exploring how pushing the self-destruct button turns everybody into walking wounded.

Overall, ‘A Quality of Mercy’ is a cohesive snapshot of Aussie rock and roll. It may not exactly be all killer no filler, but the gems that are there do sparkle.