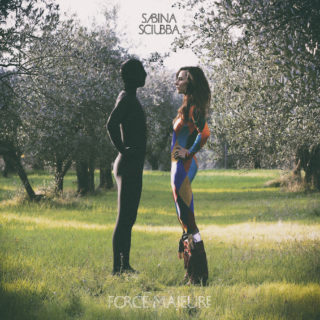 There aren’t a huge number of comparisons you can instantly drag out of your brain’s musical hyperspace when an album begins with a glistening chamber-pop groove and Sabina Sciubba’s thick, Nico-infused atonal vocal singing “I’m dancing with the clouds / romancing with the clouds”.

Best known for her role fronting Grammy Award-winning Brazilian Girls, her own solo rebirth (Force Majeure being the first full-length under her own name in six years) sounds fresh and exploratory, excellently sidestepping being a retrogressive throwaway whilst still paying homage to the scenes that birthed it. Sciubba’s explorations sprint over a remarkable ground, but never risk nearing saturation point: twelve tracks ease through chamber pop, baroque, italo-disco, N.Y. East Village bossa nova, electro and punk, flicking between French, Italian, German and English-language when one dictionary’s parentheses fail to translate her intent.

The first four foot-tappers nod to the free-form pop of Sciubba’s time at the Nublu Club with the Wax Poetic and Nublu Orchestra. ‘You Broke My Art’ reaches further still to the highlights of Stereolab’s art-rock bossa nova, whereas ‘Stars’ sounds like an off-kilter ode to Robyn’s ‘Honey’ (it’s literally about stars falling from the sky and lovers setting them on fire). Even the transition from a more leftfield Can-plays-The-Normal bleep to a Marlene Dietrich-esque, tender musical chanson doesn’t sound forced as it climaxes with fears about over-sharing an identity (‘I Know You Too Well’). And as soon as the theory gets heavy, there are still enough lyrics on the album to be written on a passive aggressive tote bag. It’s serious, often numinous soul-searching, sure, but you can still enjoy it: “All I want, all I need is love, and coffee too.”