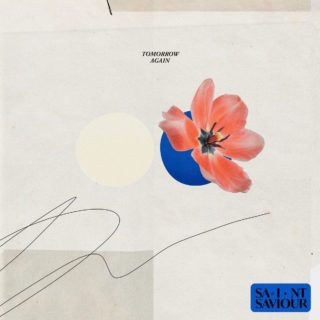 The third album by Saint Saviour (Stockton-on-Tees’ Becky Jones), and her first in five years, starts as you might imagine a record featuring a softly-voiced mystery-folkie produced by Bill Ryder-Jones would, full of tactility and intimacy, pleasingly close-miked woodwind and the sort of atmosphere that evokes a woodland clearing teeming with faeries and ethereal magick, with Jones singing alongside weary-voiced men (first Badly Drawn Boy, then Willy Mason) in a sense of hushed togetherness. It ends, too, as you might expect, with songs featuring subtle synths and warm strings that complement Jones’ crystalline singing, frequently blossoming into the intriguingly strange kind that insist you listen harder.

It’s something of a violent jolt, then, to encounter ‘For My Love’ and ‘Breton Stripe’, a brace of songs immediately after the bucolic introduction that force you to check you’re still listening to the same record: the former recalls recent Jamie xx, all driving four-to-the-floor thump and manipulated vocal samples, cathedral-sized reverb, plaintive piano stabs and low-end throbbing bass, and the latter lurches every 90 seconds from cosy balladeering to trip-hop swagger and finally to a sort of sloppy baggy groove, with Jones’ voice distorted and filtered over grunge guitars. Neither are bad songs, but the shift in tone is so jarring that it sucks out any of the remaining album’s trust: as the rest of the record plays out, there’s a constant background anticipation of another hard-left turn that never comes.

Of course, plenty of brilliant albums make a feature of their broad range of influences, and in our new Spotify playlisted world order, a sense of genre-splat is easier and easier to parse. On Tomorrow Again, however, this comes over less as an experiment and more as a momentary, almost unintentional spasm, resulting in a record containing lots to love but also a single puzzle that overshadows everything else.