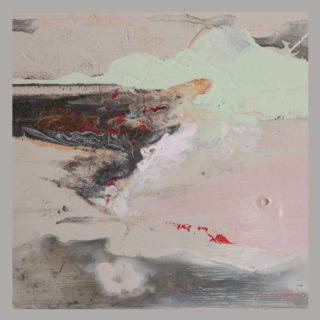 In a move that harks back to their debut album of existential melancholy (‘Metalmania’), New Zealand’s Salad Boys have returned with their latest full-length offering, ‘This is Glue’. Darker and more claustrophobic in lyricism than ever before, ‘This is Glue’ sees the musicality of the Christchurch trio more seamlessly recalling the sound of their Flying Nun predecessors, The Bats. Indeed, the confrontation of anxiety, mortality and fear has never sounded so transcendentally effortless.

‘Blow Up’, the album’s first single, kickstarts the LP on a moreish note, with motorik drumming and the frantic intercutting of jangling ’80s guitars licks with a doomy, more fuzzed out variety. Later, ‘Psych Slasher’ ebbs and flows with melodic denouement awash in phaser and swimming synth, while the likes of ‘Exaltation’ and ‘Divided’ embody, in their gloomy themes, Joe Sampson’s blistering and finely-honed song-writing skills. This album is, above all, torment at its most exhilarating. Indeed, despondency has never been as inviting as it is on ‘This is Glue’.