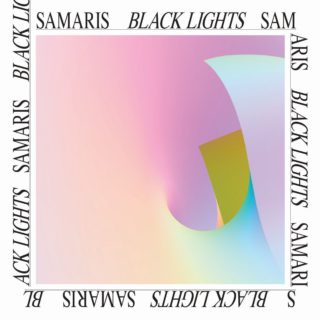 Recorded in Iceland, Germany and Ireland, Samaris’ latest album is the first since its members found themselves living apart, having moved, separately, to far-flung cities across the continent. Indeed, as they struggled to record together, some tracks even came to life in an Airbnb in Berlin. That geographic dislocation has coincided with a move to a sound that’s more restless than their debut, ‘Silkidrangar’, or last year’s “companion album”, ‘Silkidrangar Sessions’. The arrangements are sparser this time, the agitated, impatient beats tending towards syncopation and the verse-chorus constructions of its predecessors are all but dispensed with.

For the most part, it works. The awkwardly-named ‘T3mp0’ (the album also includes ‘R4vin’, ‘T4ngled’ and ‘3y3’ in what seems like a tribute to my MSN Messenger chats circa 2002), for example, is a high point that evolves, shifting from a twitchy, dystopian nursery rhyme to a quasi-dance tune in its three-and-a-half minutes, while ‘T4ngled’ is a sultry, neo-dub number that pairs Jófríður Ákadóttir’s sweet, mournful vocals to a throbbing electronic bass line.

Recalling The Notwist, Lali Puna and Thom Yorke’s solo stuff, in its more aggressive moments ‘Black Lights’ touches on the industrial dance of Factory Floor. And while I set out to avoid the obvious Björk comparison, ‘Gradient Sky’ is so reminiscent of their compatriot’s late-90s work it would be remiss not to acknowledge it. Regardless, this is the sound of a band who aren’t content to rest on their laurels and for that they must be applauded.