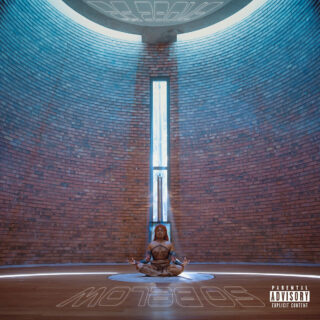 There’s a slight Sasha Fierce vibe to the concept behind Sampa Tembo’s latest album as Sampa the Great. Described as uniting her outside self (As Above) and inner self (So Below), the album is an exploration of identity in the truest sense, rooted in reality and fantasy. Rather than Beyoncé’s Sasha, though, Tembo’s alter ego is Eve. The character represents Tembo’s ideal self and is channeled throughout the album but, unlike Sasha Fierce, Eve never explicitly takes over; manifesting only in mind and spirit.

Written after relocating back to her home country of Zambia from Australia during the pandemic, it’s the celebration and appreciation of Tembo’s African heritage that is the album’s guiding force and it’s as authentic as it can possibly get. Tembo co-produced the record with Zambian producer Mag44 and collaborated with legendary African artists, including multi-Grammy-winning Beninese singer Angélique Kidjo and Emmanuel ‘Jagari’ Chanda of Zamrock band WITCH. Single ‘Never Forget’ pays homage to Zamrock – a genre combining traditional Zambian music and psych-rock that emerged in Zambia in the 1970s – and features Tembo’s own cousin Tio Nason and her sister Mwanjé.

As Above, So Below feels like Tembo at her best and most confident, free to make the music she’s always wanted to make with the artists of her choosing. It’s a rich, vibrant and carefully-curated record that successfully reveals the many sides of Tembo’s personality.