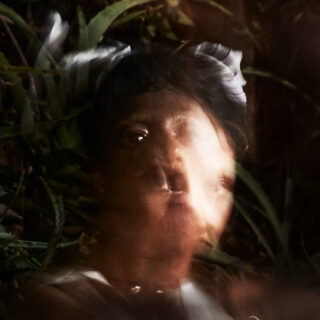 Acclaimed art radical Santigold has been on a musical hiatus for four years, and now returns modestly with her enigmatic fourth full-length, Spirituals. In multiple aspects, this is an album which feels fantastical, though its subject matter is steeped in very real-world struggles, most notably the global pandemic that forced the artist into an isolated homebody life caring for her three children, a far cry from the expansive world of her artistry that has facilitated limitless creativity throughout her career, as well as the numerous social justice protests that were erupting all over the globe at the same time.

Lyrics started to pour out of the Philadelphian musician like a purge, and instead of revelling in anguish, she looks towards the future and the beauty it promises. Fundamentally, it’s an exercise in figuring out how to get through the un-get-throughable.

With the exception of the effervescent and almost belligerently occult like ’High Priestess’ and ‘Ain’t Ready’, Spirituals is quite pared-down compared to Santigold’s previous efforts. Yet through its compositional style and gritty production, it manages to create an aura that’s viscerally transcendent. Although her more garish, danceable tendencies are largely absent from the album, the raw beauty of the music isn’t negated in the slightest. She’s still creating records that are too large and restless to be bound to cohesive genre categories, which is electrifying. Take the avant-garde ‘The Lastly’, the reggae fusion of ‘No Paradise’ or the stripped-back grunge of ‘Fall First’: whatever form it takes, the creative vision of Santigold proves to be boundless, and illuminated in dark and experimental electronic pop that is, in all its incarnations, simply magical.