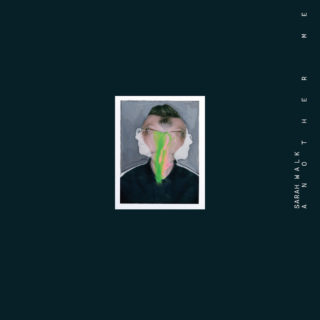 Sometimes, honesty is best. For Los Angeles songwriter Sarah Walk, that means a painfully direct account of the weight and responsibility she inherits as a queer woman, facing up to misogyny, vulnerability and survival with her sophomore album. It comes at a time of global reflection – as her label, even, rebrand the racist undertones of their old name – as she tries to create space for herself. Another Me isn’t a particularly poetic album, but one that demands accountability; it demands to be noticed, and to an extent, cared for. The leftfield piano ballads of her debut are traded for the hook-heavy conflicts of an out-and-out pop album, caught in its own anxiety paralysis, but carefully realised.

‘Unravel’ is a powerful opener, repurposing the lyrical blows of Joni Mitchell’s ‘Both Sides Now’ on love’s illusions within a context of entitlement, power and abused trust. The record’s opening line is as up front as you’ll hear this year: “Nothing’s hurt me more than men that grew up with no consequences.” The album follows in the tug and thrust of internal conflict, and to really listen to it is to temporarily inhabit the contrasting character. Every time Walk is resolute with Another Me, she steps back and questions herself. The floating synth-pop of ‘What Do I Want?’ hits instantly with a shimmering, unsure exposure (“Can someone tell me what do I want?”), whilst ‘The Key’ is defiant: “I get to decide what is mine, you don’t get to choose.” From her frantic scrabbles on ‘The Outside’ desperate for a reflective vantage point, ‘Crazy Still’ doesn’t break a sweat: “I can see it all”.

Walk’s journey of catharsis feels visual in its portrayal; she’s the protagonist and we’re rooting for her as she builds up her own assurances. Even in its more lyrically blatant moments, there’s an understanding that these platitudes are the necessary framework to normalise queer love. Lyrical clichés aren’t clichés in Sarah Walk’s context, and Another Me is here to claim them, one moreish pop song at a time.