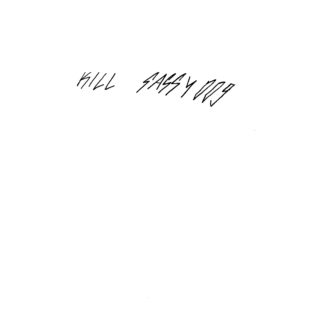 With a name that sounds like a Tumblr blog title or someone’s chatroom username, it feels only natural that Sassy 009 (the moniker of Norwegian singer-songwriter Sunniva Lindgård) makes music that sounds as if it was discovered after hours spent digging through rabbit holes online; searching for that obscure DIY bedroom project that only a small community of fans have heard – listening to her latest batch of songs feels as if you’re being let in on a secret.

Following the departure of her two fellow band members, Lindgård’s new material has a slightly more personal feel to it. Her brand of nocturnal, down tempo dance music would sound just as much at home being played in a shadowy, cramped club beneath urban sprawl as they would through headphones in solitude past midnight in your bedroom. There’s an intimacy and sensuality running throughout, that makes Kill Sassy 009 fit in neatly alongside artists such as Tirzah, Smerz or Park Hye-jin.

The rich atmosphere to the EP oozes from both the crackly recording and the hushed vocals, murmuring like a ghostly siren luring you into their shimmering, oceanic musical environment. Behind this are subtly infectious beats and dreamy, lo-fi melodies, best exemplified on the addictive ‘Thrasher’ and ‘Maybe in the Summer’. As the autumn nights draw in darker by the day, it feels like the perfect time for the moody, enticing sounds of Kill Sassy 009 to arrive.