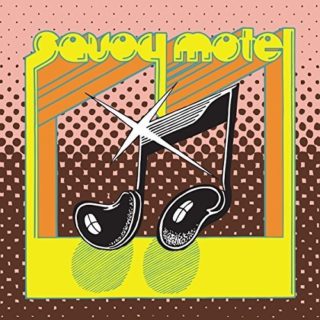 Sometimes a band arrives whose music bursts with so much energy that from the very first listen they’re completely compelling. Nashville’s Savoy Motel are one such band. Original, they’re not. Something like a blend of glam rock, garage rock and buzzy pop, their whole sound and aesthetic is lifted lock stock and barrel from the early seventies. But it’s all done so well that this thoroughly retro mindset can be forgiven. This self-titled debut fizzes with a kaleidoscopic, primary-colours energy, delivered with verve and huge confidence.

They’re also possibly the first band of recent years that have been completely unafraid to throw in a huge guitar solo and, crucially, make it sound good. ‘Western Version Boogie’ does indeed boogie, with a bassline almost as cool as Blur’s ‘Girls And Boys’ tethering some swirling glam-rock. Meanwhile the drums on ‘Mindless Blues’ are simply huge, and ‘International Language’ is a sprawling nine-minute jam.

This is a superb debut, and deserves to be the soundtrack to every teenage road trip between now and next summer.