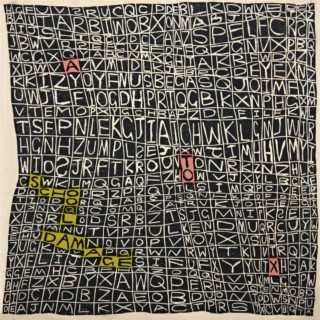 School Damage make the kind of primitive bedroom pop synonymous with New Zealand. Frankly, the Melbourne band wouldn’t look out of place on Flying Nun Records’ roster from 1988. But their second album ‘A To X’ also borrows from myriad UK and US bands of yore: from Young Marble Giants’ quiet introspection to Devo’s wonky pop prowess, ‘A to X’ is – appropriately given its title – a glossary lesson in how to pick apart post-punk’s past in a modern context and make it sound refreshingly new.

There’s a peculiar charm to it that makes this music instantly likeable. Replete with organ-filled hooks and a wobbly, DIY pop style, on the outside things seem playful and frivolous, but lyrically, subjects are serious and deal with life’s everyday grievances. ‘What’s The Point’, for example, focuses on apathy and depression, while the infallibly catchy ‘Isn’t Easy’ tackles loss and heartache.

In a world where indie pop has become a polished parody of itself, School Damage’s jagged, DIY sensibility is a welcome antidote.  Of its time while simultaneously informed by the more obscure side of music’s past, it’s bustling with melody, chaos and authenticity, and comfortably sits alongside the greats of the DIY pop world, past and present.