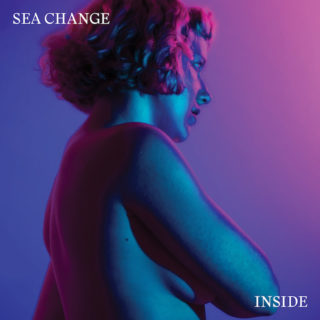 You know that feeling when you’re dancing in a club and out of nowhere a paralysing jolt of anxiety hits, and suddenly it’s all you can think about? On Ellen Sunde’s second album she pulls and stretches that moment out like taffy.

From the get-go, Sunde conjures a feeling of claustrophobia. “The dress I wear’s too tight/ Feels like second skin,” she sings breathlessly on the opening title track. Her modulated vocals float over humming pads and as she tumbles into malaise.

The rest of the album is tightly packed with ethereal bangers, though Sunde remains firmly in her own headspace. While the Norwegian artist’s debut dripped with the glacial natural beauty of her homeland, Inside walks the neon-soaked streets of a city at night. The thumping ‘Scratch That Itch’ follows the structure of a classic dance track, carefully building to a cathartic drop, but Sunde’s vocals haunt the mix like a spectre. The angry synth stabs dance and pummelling bass drum of ‘Stepping Out’ conjure images of a seedy dancefloor but the producer’s thoughts are instead on transforming into an animal: “My new body can set me free,” she fantasises.

On closing track ‘Flown’, Sunde finally untangles her thoughts. “I focus on breathing,” she sings, her deep vocals riding light-as-air melodies and angelic vocal pads. As the song comes to a close, the airy synth sounds slowly fade into half a minute of silence. Her head is clear.