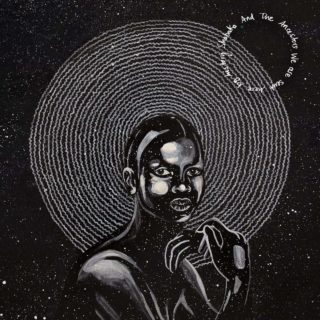 If Shabaka Hutchings is the genesis of the popularity that’s arrived at South London’s jazz door – for which there’s certainly a case to make – then his work with The Ancestors is both the embrace of the feeding of the five-thousand and the destruction of Noah’s Ark. On their Impulse! label debut, the band – here comprising Mthunzi Mvubu (alto sax), Siyabonga Mthembu (vocals), Ariel Zamonsky (double bass), Gontse Makhene (percussion) and Tumi Mogorosi (drums) – break down the doors of the veritable South London Members’ Club to forge a spiritual jazz opus that feels fundamentally human.

Conceptualised as an hour-long sonic poem examining the present and the future through African and Afro-Caribbean tradition, We Are Sent Here By History was written as a mediation on humanity’s inevitable extinction as a species due to the approaching climate apocalypse. Hutchings is, as ever, a burning one-man rhythm section. The ten-minute opener ‘They Who Must Die’ runs and breathes with his off-piste tenor sax, that’s slowed and lengthened out on ‘Beasts Too Spoke of Suffering’, whilst his clarinet work on the closing track contributes to some of the most tender passages of an expansive back catalogue.

Testament to his mission statement, though, it’s the space Hutchings gives to his fellow creators that provide some of the album’s most memorable cornerstones. The ghostly, ambient introduction on ‘You’ve Been Called’ grapples with archiving cultures that Western expansionism has already muffled; the narrative of destruction takes down the republic and the archive, sure, but it tackles mortgages and student loans, too. Zulu poetry about redefining masculinity is earnestly set back in the mix, whilst thrumming bass and yearning melodies undelay an optimism that goes beyond a celebration of culture.

In heart, We Are Sent Here sits alongside John Coltrane’s A Love Supreme; in spirituality it feels like a younger brother to Pharoah Sanders’s Deaf Dumb Blind (Summun Bukmun Umyun). When the comet eventually comes – on the off-chance that a time vault or bunker manages to fulfil some earthly preservation – this could be a record to leave behind, with the hope that the next species can work a turntable.

Shabaka and the Ancestors