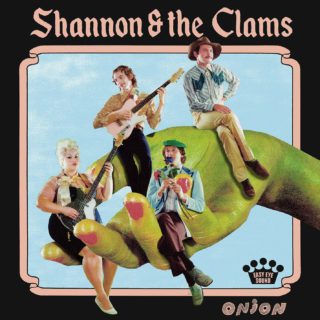 Onions are, of course, notable for having layers. As Shannon Shaw delved deeper into issues of identity that would help shape the fifth record from Shannon & The Clams – recorded across 10 days at Dan Auerbach’s Easy Eye Sound Studio in Nashville – it became clear that the vegetable was also something of a metaphor for life. So ‘Onion’ looks at the layers of experience that goes into being human, from glimpses into the lasting impact of a person’s formative years to mediations on the transient nature of life.

The sonic palette of ‘Onion’ can occasionally feel a little less layered though. There are a few extra nuanced touches thrown in, from vintage organ melodies to the atmospheric whistling that gives ‘Strange Wind’ a feeling akin to being from a lost soundtrack by Ennio Morricone. Despite this, their own blend of surf, ’60s pop and garage-punk is still placed very much at the forefront. While sometimes the slightly ramshackle take on rock ‘n’ roll and surf serving as a foundation for ‘Onion’ can be genuinely charming, as on the soaring ‘Backstreets,’ at other times it can feel a little one-dimensional, with some tracks losing their potency as a result. ‘Love Strike’ provides the record’s most emotionally affecting vocal, but the constantly clattering percussion and jarring upbeat melodies dampen its power, while ‘Tell Me When You Leave’ becomes somewhat cloying thanks to fragile, childlike chimes and overly-sentimental harmonies. Taking a slice out of this onion might reveal a few less layers than you expect.