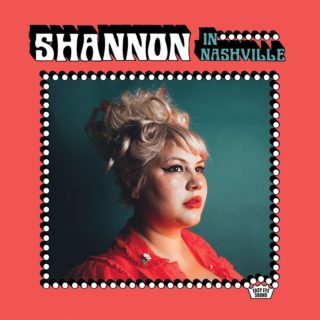 On her first solo album, Shannon Shaw hasn’t made a huge stylistic leap from the sound of her band, Shannon & The Clams. From the opening track, this is epic, grandiose and brassy stuff, with Shaw’s cracked voice soaring soulfully above the grandeur. ‘Broke My Own’ is sweeping, orchestral, and cut through with fiery vocals. It’d be right at home on a classic Bond soundtrack. ‘Bring Her The Mirrow’ then has echoes of Amy Winehouse’s best. It’s a hugely confident album, comfortable with its own scale, and carries an instant-hit impact – these songs are right in your face from the get go, and short and punchy too, rarely troubling the three-minute mark.

As ever with a record of this kind there’s a nagging feeling that what you’re listening to is merely brilliant pastiche, stylistically lifted lock stock and barrel from another era altogether – that feeling emphasised by songs bearing old-timey titles like ‘Coal On The Fire’. There are, though, musicians who’ve played with Elvis contributing to this album, so perhaps the pastiche can be forgiven. It’s a good job, too, that the ancient themes of heartbreak-induced emotional turmoil never get old; and in the skilful hands of Shannon Shaw, it feels like they never will.