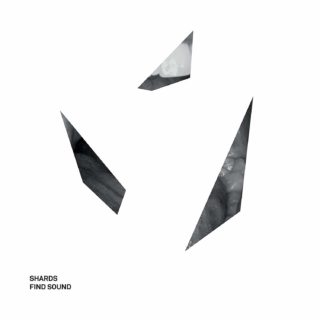 For somebody at the forefront of a record as experimental as this one, Kieran Brunt at least entered into it with a strong sense of how he was going to go about living out the album’s title. The human voice is where the singer, composer and producer went to Find Sound, with this ten-track debut album from his twelve-strong choral outfit Shards representing a remarkable exploration of the dexterity of vocal cords. Brunt wrote the record himself, and then decamped – along with the rest of the group – to the Italian countryside to spend two weeks recording it.

There’s an obvious shared language in the harmonisation and interplay between the individual voices on this record, so much so that it’s on the tracks that prioritise those relationships that the album really soars; the soft spiral of ‘Thoughts’ is one case in point, and the grippingly sparse ‘Lost’ presents another. The instrumental backing, where it does come in, is always relatively sparse, but there’re still places where it encroaches on the vocals to the point that it feels as if it’s defeating the object of the exercise – ‘Summer Sickness’ is apparently based lyrically on depression and the disconnect it causes between sufferers and those around them, but the synth backing smothers the voices and, in doing so, robs them of some of their emotional power. Still, this is a worthwhile and unusual exploration, handsomely presented. It’ll be interesting to see where Brunt takes it next.