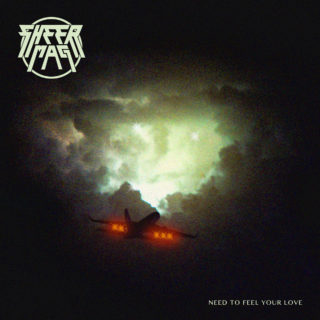 Sheer Mag are a DIY success story for the ages. The Philadelphia five-piece have put out one self-recorded EP per year since 2014, and flooded basement shows through sweat levels alone. Three years down the line, the shows may have got bigger, and they’re now with the slightly bigger London hardcore label Static Shock Records, but their self-sufficient ethos remains intact.

Listening to the band’s EPs (compiled earlier this year under the no-nonsense title ‘Compilation’) presents the sound of a band improving – as writers, performers and producers – before your ears. Sheer Mag clearly knew what their thing was from day one: arena rock for the DIY punk set. While bands like White Reaper and Japandroids occupy similar real estate, the brittle sound and incandescent fury of ‘Need To Feel Your Love’ blows all comers out of the water from the off.

This is an album that’s scrappy in all senses: the production may be rough, but that’s only because it sounds like every instrument is spoiling for a fight. So as powerhouse vocalist Tina Halladay sneers about “Silver spoon suckers heading for a fall, and justice for all!” on the opening ‘Meet Me In The Street’, Kyle Seely backs it up with one of the year’s most venomous solos.

Halladay’s fearsome delivery (through gritted teeth and in a Beth Ditto-ish, high scream) makes every line she sings sound like a tour-de-force – fitting, considering her lyrics touch on the Stonewall Riots and Nazi Germany. Her lyrics come off as slogans that would look just as good on a demonstration banner as they sound in a grimy club.

The band are versatile enough to match her, with fiery licks giving way to Johnny Marr-like jangle on the flip of a dime, while Sheer Mag’s backbone of heads-down punk rock and effervescent power pop is interspersed with moments that sound like Motorhead auditioning for a slot at Studio 54 or, on ‘Suffer Me’, ‘Low’-era Bowie laced with a shimmering Afropop guitar intro. As every track slams to a close, the album dares you to guess what’s next.

It’s the work of aggro punks who can also write some of the most heartstring-tugging love songs, produced to sound like it’s coming out of a tinny transistor radio. It’s when the band mix the two that ‘Need To Feel Your Love’ comes even more alive; propped up by Hart Seely’s popping bass, the vintage disco of ‘Pure Desire’ is sung with all the passion of a protest song.

Best of all, though, is ‘Expect The Bayonet’. Halladay describes the song as “a warning to those who don’t want all voices to be heard,” piling on the inherent bigotry and oppression of the American Constitution and those who hold it dear. The singer is all too aware of the heaviness of the subject matter (“Don’t say I didn’t warn ya…” she disclaimers at the start of the second verse) – it’s a brutal pill sugared by the rest of the band. The song’s gorgeous chord progression, cribbed from The The, may give way to the album’s most memorable riff, but the last word still belongs to Halladay: “If you don’t give us the ballot, expect the bayonet.”

Simply put, Sheer Mag are here to fuck shit up, and ‘Need To Feel Your Love’ isn’t a debut album so much as a loud motivational speech to do… SOMETHING. Come on down. Get in the mix. 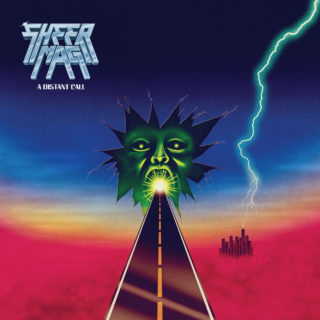 Sheer Mag – it's time to get personal (and political)