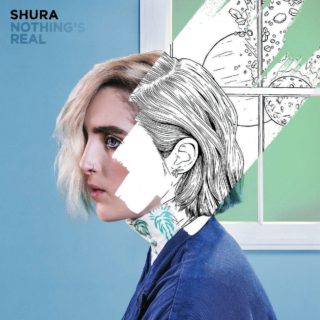 Alessandra Yakunina-Denton (AKA Shura) first piqued our interest with the bittersweet synth ballad ‘Touch’, the combination of sleek pop and a hit viral video taking over the Internet back in 2014. ’Touch’ drew Shura more than a few comparisons to the early work of Janet Jackson and Madonna, a trend she’s wisely maintained on her debut, two years in the making. The central aesthetic of ‘Nothing’s Real’ fuses hazy electronica, pulsing synths and fizzy basslines, layering them over ardent, breathy vocals. Meanwhile lyrically, she’s expressing a vulnerability, on tracks like ‘Make It Up’, which allude to self-confessional heartbreak, but rarely wallow in melancholy.

This sonic backbone supports Shura as she dips in and out of genres, switching between shimmering electro (’Kidz ‘N’ Stuff’), icy bedroom R&amp;B (’2Shy’) and stone-cold pop bangers (‘Indecision’). A few tracks feel overlong – ’White Light’ drags itself out necessarily to over seven minutes – but that hardly spoils this rich, elegant and intimate debut.