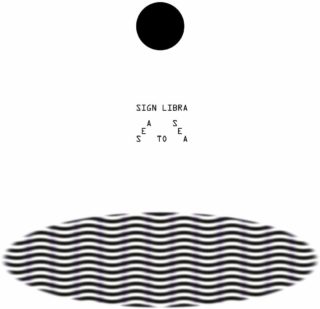 There are 23 “seas” on the moon. None of them have water in them, they’re just vast balsamic plains, volcanic eruptions once mistaken by astronomers too quick to identify their darker colouring. There are 20 so-called “lakes”, too. Their philosophical and mythological nature is the thesis of Latvian artist and composer Agata Melnikova’s second full-length, Sea to Sea, under the alias Sign Libra.

It’s the kind of music you can imagine would be playing at you in a downtown massage parlour to disguise the fact that you’d remortgaged your life for the simple pleasure of being hit by wooden sticks in an off-white towel. But there’s some homespun warmth in Melnikova’s strange celestial quest that makes you leave feeling psychically cleansed and in Libran balance. Viva the horoscope renaissance.

Completely free from restriction (Sign Libra’s last album was written for a contemporary ballet at the Latvian National Opera), Sea to Sea is a sprawling expanse bereft of the soft static beat of Antinote releases past). Melnikova’s synthesised cartography renders the ‘Sea of Islands’ full of surrealist sensibilities, a subtle car-crash of Laurie Anderson, Glasser and Grimes with an enchanting vocal hoot. The landing site of Apollo 11 glugs with everything from Krautrock’s “kosmische” to new wave, as each plain is mapped in a largely nonsensical aural voyage over melismatic drones and crisp kick drums.

In a very literally otherworldly soundscape, it kind of sounds like Melnikova’s taken the moon and smoothed its surfaces with a potato peeler: intergalactic anthems for unmapped waters feel beautifully unspooling, if rarely divergent from track to track. There’s still enough space to get lost.