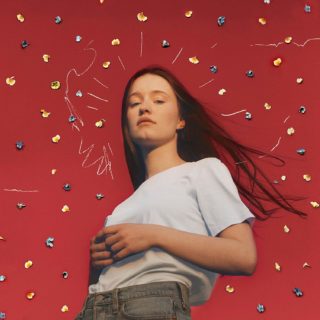 From the buzzing beats opening Sigrid’s long-awaited debut album there is no escaping the euphoria and drama of what will probably be one of the biggest UK pop albums of 2019 – God know’s she’s grinded for it.

Winner of last year’s BBC Sound Of poll, and having played what seems like every major festival from Glastonbury to Coachella, the Norwegian singer has seemingly liberated herself from the usual, constricting expectations of artists through confidence in her own image and vision, directing boundless energy on a joyous plunder and patch-working of pop history. It comes together as a massive album full of dazzling hooks and emotional lyrics.

Comparisons to Charli XCX and Sia may come easy on tracks like ‘Sucker Punch’ and ‘Basic’, but a closer listen echoes with the lawless musical nature of The Slits on ‘Business Dinners’, while the influence of the epic scenery of her town (Bergen) brings a touch of the myth and mystique of Roxy Music elsewhere.

Lyrically, the album brims with the excitement and hope of new love, as pop albums this polish should do. Providing that’s you’re type of thing (i.e. you like to lose your mind of Little Mix every now and then), it’ll have you returning to feel the drops again, to crest on the synths, and to listen to a debut that, even in its melancholy moments, carries an undercurrent of unbridled fun.