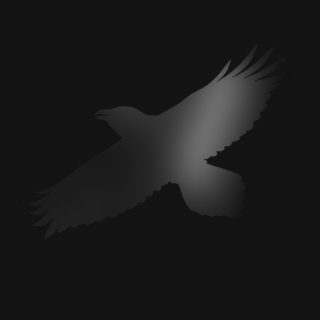 Sigur Rós, the Icelandic quartet known for ethereal sounds and the use of classical and mystical elements in their music, were always meant to make this album. The eight long tracks beckon to the contrasting elements of Iceland’s nature: sunny, bird-filled skies and glacial majesty. Spring and winter commingle in this record, the land and its inhabitants at the will of Mother Nature.

Inspired by the Edda, two works of medieval Icelandic literature from the 13th century, Odin’s Raven Magichas existed in parts since 2002, but fans have only been able to witness it in short clips and partial tracks online. Now, the entire project is released as an album with the help of Hilmar ÖrnHilmarsson and Steindór Andersen, chanter of Iceland’s traditional epic poetry known as rímur.

The album really exists as a complete project, but there are a few tracks to look out for specifically. ‘Dvergmál’ builds the epic momentum of the record, blurring the lines between man and nature in what can only be described as a sweeping, cinematic homage to the band’s homeland. This track is followed by ‘Stendur Æva’, whose foreboding atmosphere is conveyed by heavy vocals.

Just as the Eddahas been a part of Iceland’s history for centuries, warning people of a coming apocalypse and the freezing of their lands, so will this album become intertwined with Sigur Rós and the climate emergency facing our world – already felt keenly in Iceland, where glaciers are disappearing. “We are being warned again,”concludes Hilmarsson.