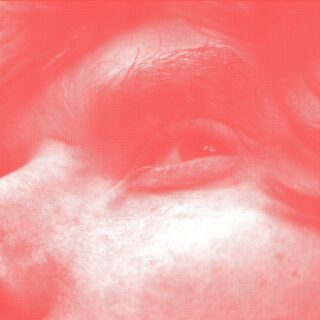 Simon Goff misses home. Indeed the Berlin-based violinist and composer, a Grammy winner for his contributions to the score for Chernobyl, aches for his childhood home of Yorkshire enough that his entire solo debut album is devoted to its myriad representations in his conscious and subconscious minds.

In the one sense, it is borne out on the title track, which is steered by a simple falling melody that is laced with the sweet agony of nostalgia, the pull of the assembly of strings invoking a guttural pang that is familiar to anyone who has longed for something that exists more vividly in the memory than it ever could in substance.

But Vale is also an album that wrestles with a much more contemporary homesickness, one marred with political contradictions in the Brexit-scarred consciousness of British citizens living overseas. ‘Wooden Islands’ writhes and seethes, a rising panic attack of a track that with its very title suggests a disappointment – nay disgust – at what has become of the place that he loves. “Brexit hijacked my Britishness,” Goff has said, “I felt ashamed to be British and this is wrong.” That internal strife also plays out on ‘I Filled My Lungs with the Necessary Air, and Yelled!’, which paints the Vale on a turbulent day, the gale audibly lashing at Goff’s fingertips, whistling between his violin strings before gushing out into the valley.

Having worked alongside Jóhann Jóhannsson and Hildur Guðnadóttir, Goff is expert at exploring the interface between organic, analogue tactility and the hinterland of treated, synthetic sound. He roots you to familiar ground, in among the rustling foliage, tumbling moraine and the blustering breeze rolling over the fell, only to subvert your learned expectations and force you into terrain that your brain cannot so easily map out. Far from alienating, Goff is an amiable companion on a ramble through the infinite possibility of your imagination.

‘Sleeping Winds’ closes the record on a more contemplative note, its dusk beginning to draw in as it begins to reflect not just on what has gone before but why. A decompressor, a consolidator and a resolve-builder, it has the effect of adding assurance to contentment – it is, in other words, the sound of home.