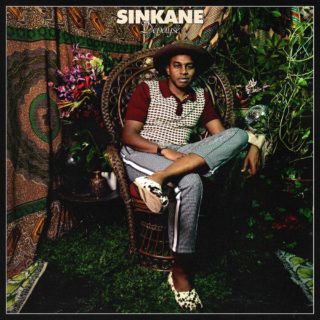 Dépaysé is a French word meaning “to be removed from one’s habitual surroundings”. It’s a phenomenon that Sinkane leader Ahmed Gallab knows a little bit about: as a child, he and his family fled Sudan following the 1989 military coup, settling in the States. During the current travel ban-shamed period of US history, living as a Sudanese-American has become complicated, and this album is a defiant first-hand cri de coeur. Remarkable, then, that it is such a joyful listen.

It is Sinkane’s seventh album and easily their most jubilant and celebratory; a nine-track, 40-minute fiesta of cross-cultural inclusivity. Heck, the opening two songs even go by the names of ‘Everybody’ and ‘Everyone’. Gallab knows that the most effective means of overcoming the power of the cemented minds that seek to control us is to prove that bringing together different traditions generates positivity. On Dépaysé we get funk, afrobeat, reggae, acid rock, Sudanese pop and countless other forms standing shoulder to shimmying shoulder; a non-stop attestation of humanity’s commonality.

The soaring, ’70s electric guitar of the title track, the playful vocal harmonies of ‘Ya Sudan’, the anthemic chorus of ‘Be Here Now’ – it is futile to resist any part of it. Dépaysé is the sound of our major cities, the sound that humans make when they champion their history and choose their own future, whether their leaders like it or not. It is now more needed than ever. Rejoice in it.