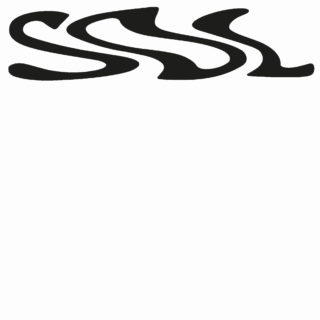 There’s an age-old saying which often holds true with certain musical projects: “Too many cooks spoil the broth.” Sometimes, however, when you veer away from a recipe, choosing to experiment with your ingredients, there’s a possibility you’ll be pleasantly surprised by the outcome. In the case of SOL, the long-awaited debut from Sirens of Lesbos, the listener is served a delectable smorgasbord of intoxicating instrumentation with notes of reggae, R&B, funk and pop. Here, flavours are steadily developed, culminating in a well-tempered sonic palette which leaves a lasting impression.

After parting ways with a major label, the Swiss quintet decided to go their own direction to produce a record that showcased an all-encompassing representation of their collective inspirations. Subsequently, SOL seamlessly blends the band’s varied backgrounds and combined musical sensibilities.

From the get-go, opener ‘Tired Introlude’s lush instrumentation, buoyed by densely layered melodies, creates an enticing atmosphere. A huge part of Sirens of Lesbos’ allure across these twelve tracks is their ability to keep audiences on their toes. Who could’ve anticipated the near blinding luminescent piano riff of the yacht-rock infused ‘How Many Miles’ or Connan Mockasin-esque unsettling chillwave closing out the LP to follow the compelling reggaeton undercurrent heard on ‘Birds’? While there’s plenty to enjoy in those aforementioned tracks, ‘Like Some Dream’, featuring American rapper JID, is the undeniable highlight of the record. Echoing notes of Kendrick Lamar’s introspective moments from 2017’s DAMN, often set by Steve Lacy’s guitar playing, Sirens of Lesbos incorporate menacing synth arpeggios with a dreamlike saxophone accompaniment for added textural depth and intrigue.

Founded on bright arrangements co-produced by synth and percussion player Melvyn Buss alongside chief lyricist Arci Friede, SOL’s rich soundscapes are completed by the gorgeous harmonies of sisters, Jasmina and Nabyla Serag. Both of them shine throughout the record, notably on ‘Two Face’s’ biting refrain, “You need double the toothpaste, cos you’re two-faced.”

This is an ambitious body of work that’s excellently realised, this dynamic debut presents endless promise and potential in Sirens of Lesbos’ artistry.