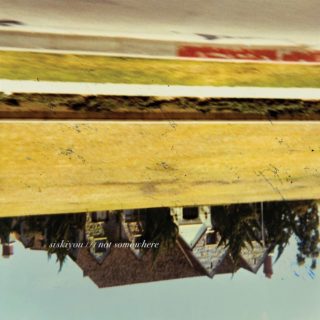 As with Father John Misty’s breakout from Fleet Foxes, the success of Colin Huebert’s getaway from Great Lake Swimmers suggests the clean-cuts aren’t always the voices people most want to hear. Huebert’s style is a little more discreet. It contains all the rural wistfulness of Swimmers, but as Siskiyou moves on to become his out-and-out solo project, the hushed twilight-folk of Not Somewhere sounds more suited to an existential campfire-for-one than a pop-tempered barn dance. Turns out drummers are people, too.

His ruminations on happiness join tentatively titled tracks ‘Temporary Weakness’ and ‘Dying Dying Dying’. The off-kilter timbres of Told Slant or Eskimeaux in ‘Nothing Disease’ and the vocal woofing in ‘What Ifs’ could be the butcher’s scraps of a Mark Kozelek record. A film commission that resulted in album opener ‘Stop Trying’ isolates a sample of dialogue: “trying is the problem; you’re trying to get somewhere as if you’re not somewhere”. It all settles around some laissez-faire answer, that a lack of happiness comes from misdirected ambition; you just need to give yourself a little more credit.

The downcast lo-fi melodies become painfully nostalgic at times: a family home with a thatched roof stands in front of a sunburnt yellow lawn. Some songs are built-up from the noises of a school playground, others are singed with 1960s sunshine pop. The additions of cellist Rebecca Foon (Saltland/Esmerine) and Destroyer’s JP Carter makes ‘The End II /// Song of Joy’ burst open with all the childhood magic of a toybox. For the most part, Siskiyou’s ruminations feel directionless but inexplicably familiar. Twenty years ago you would have put a sticker on it and called it In The Aeroplane Over The Sea. It’s a feeling that really doesn’t grow old.