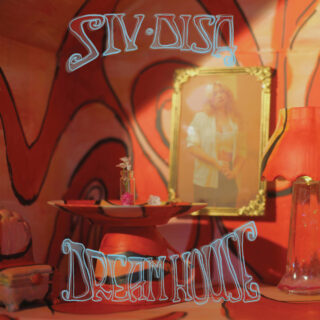 There is a discordance that rumbles through Chinese-American singer-songwriter Siv Disa’s debut album Dreamhouse. A quiet rage. A cold comfort. A simplicity, overproduced. Whatever it is that runs in its waters, it makes for an intriguing, if jarring listen.

Opener ‘Whistle’ begins with isolated strums of an acoustic guitar that manages to match the loneliness oozing out of the opening line, where the singer pleads “My heart is on a wire / My love don’t leave it there”. However, what starts as a brittle break-up song begins to fragment. Its loose middle section unfortunately never untangles itself from the thick molasses of instrumentation and the track’s initial intimacy fades.

Second track ‘Paintedceiling’ fairs similarly. Its heartfelt chorus orbits a dreamy cymbal and snare-heavy groove reminiscent of Spirit of Eden-era Talk Talk, but the guitar lines and synths tacked-onto it feel mismatched, with the vocals the greatest casualty. Caustic couplets such as “Am I some wild dog to you / Am I a blueprint you’re defacing” are ultimately lost in the saturated mix.

Dreamhouse is at its best when it doesn’t bite off more than it can chew. ‘Breathing’ is the most direct in its disconcertion at the world. Siv Disa’s ruminative, tender vocals reconcile the flimsy rules of life while hovering above a simple but pulsating piano-led arrangement. As a result, when she laments that “You’re taught to care as if the world is solid / To treat your lovers like you’ve never known what loss is”, it really hits.

Penultimate track ‘Beat 7’ is the album at its most musically satisfying. All achieved without sacrificing any of the album’s trademark surreality. With the lyrics and vocals taking a backseat, the track centres around a resplendent and concentrated soundscape that draws upon a deep didgeridoo-sounding bass to fuel its intrigue.

Dreamhouse feels at odds with itself. Fusing experimental elements with traditional songwriting, it is neither one nor the other. Neither dream, nor house. Neither solid, nor ethereal. A delicate, but conflicted record.