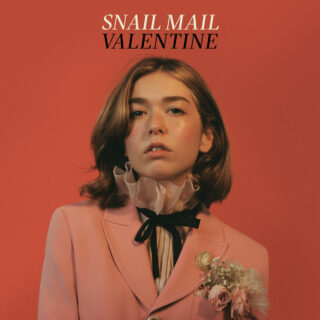 Lindsey Jordan puts her sensitive life events to a crisp yet biting soundtrack, wearing a bruised heart on her sleeve. Forlorn over a breakup and recovering from time in a rehabilitation centre, the saying “beyond her years” feels too clichéd to say. However, this Snail Mail record feels polished, exhibiting Jordan’s pure talent and casting her young age aside as a surprising afterthought.

Heavy with heartache but fuelled by light melodies, the gentle folk moments on Valentine carry the same melancholic feeling found throughout the record. Heartstring-pulling violins and delicate piano accompany breathy vocals and desperately lovesick lyrics like “I want to wake up early / Just to be awake / In the same world as you.”

On the more indie end of the spectrum, lo-fi filtered electric guitar and harmonies invigorate the album, adding a layer of ardent energy. Dampened bass ripples in the background of ‘Ben Franklin’ as gentle synths contend with the warped guitars and emotive lyrics where all parts end up victorious.

Ironically, on ‘Valentine’, Jordan sings “fuck bring remembered” yet Valentine stands out as a complex record, one which should bring her further into the spotlight.