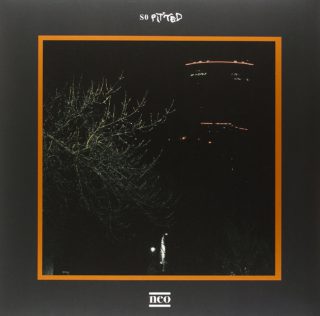 Seattle trio So Pitted peddle a brand of bludgeoning hardcore noise that sounds like the product of digesting every chapter in <em>Our Band Could Be Your Life</em>, but stopping before Beat Happening. Named for a viral video in which a rad surfer dude spouts inane clichés, their debut album, ‘neo’, is the kind of LP that could only come out on Sub Pop – eleven tracks of petulant, snarling, grab-you-by-the-throat riffs and shredded vocal cords.

The likes of ‘No Nuke Country’ could be Parquet Courts, if their yen for Lou Reed was replaced by a deep immersion in the work of Einstürzende Neubauten, and the title of the none-more-industrial ‘Woe’ speaks for itself. ‘Feed Me’, meanwhile, sounds like Wire, if they’d traded art school for three years of living under a bridge. Like their long-ago labelmates Tad or current touring buddies No Age and Metz, So Pitted’s is a barbed tarpit of sound which is tricky to like, easy to get stuck in, and impossible to ignore.