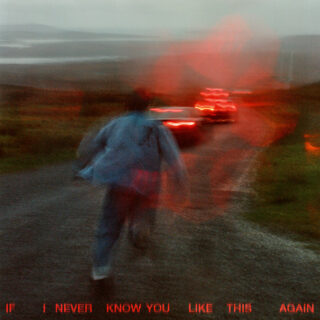 SOAK has a skill for hiding heartbreak in bright melodies, and for twisting familiar tropes with surprising moments of humour. That’s been true since the unspoken sadness and understated maturity of their early single ‘Sea Creatures’, released at the age of 18. That song was written ten years ago, and their incisiveness as a lyricist has only gotten more powerful with each passing release.

Now navigating their mid-20s, Bridie Monds-Watson pulls from a wide pool of classic indie rock sounds to create chills, but it’s the songwriting at the core that remains the star. Colin the Caterpillar (other caterpillars are available) is a stand-in for the grim reaper in the existential birthday party of ‘Purgatory’, which also features a brilliant key-change coda that’s typical of their playful style. ‘Get Well Soon’ has sweet harmonies and jokes about ‘live laugh love’ signs, but is also pointedly about the lingering pain of being touched by death at a young age.

There’s balance and levity throughout, like on ‘Gutz’, a touching love song that’s possibly in conversation with The Blue Nile’s ‘The Downtown Lights’. It certainly shares the same magical intimacy.

If I Never Know You Like This Again is a rewarding listen, dampened only by its occasionally faceless approach to the indie rock playbook – take the perfunctory guitar solo of ‘Pretzel’, which feels flat and intangible in the mix. The gauzy production is frustrating given how distinct many of the stories beneath the songs are. Highlight ‘Baby, You’re Full of Shit’ gets that across with a sparser approach. It’s a stripped-back character study that starts with our antagonist talking loudly at a gig, and only gets more painful from there.