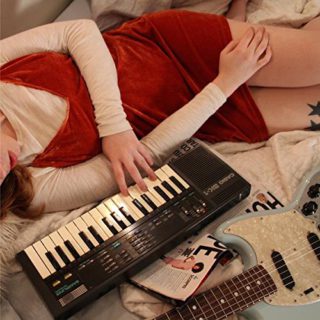 Soccer Mommy’s anti-debut album – a further jaunt into the world of free Bandcamp releases and sprawling online discographies – is a bold rejection of mainstream music production and distribution. Indeed, don’t be fooled by ‘Collection’’s disguise. Packaged just like a debut album – 8 tracks pressed onto coloured vinyl, plus CD and cassette – it is actually just as its title suggests: an assemblage of polished versions of the band’s best tracks. Soccer Mommy’s songs address the pain of adolescence while maintaining sunshine chord progressions and twee, though never totally saccharine, melodies.

More exciting still is that songs like ‘Try’ aren’t being spouted into an echo chamber whose walls are bricked with GarageBand-addicted college kids. Allison’s refrain of “I just wanna try,” thanks in part to its power and in part to her distribution techniques, will be inspirational to all with an Internet connection. And best of all? In a world plighted by instant gratification and thus the expectations that accompany it, ‘Collection’ embodies the value of patience and hard work.