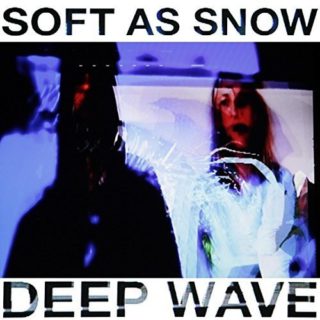 Norway: land of the midnight sun, an enviable social system, and – increasingly recently – some superb music. Soft As Snow are a London-based Norewgian duo whose EP ‘Glass Body’, four years back, announced them as artists with an inventively twisted take on dream pop. ‘Black Egg’ is the hypnotic opening to their debut album; a scene setter for the uneasy, coldly distant atmosphere that pervades this album. The vocals, where there are any, are often muffled, buried or distorted under music that is by turns brutal, grinding, relentless and sometimes just plain weird.

The title track sounds like late-eighties Madonna fed through a wormhole in space; the song comes at you from a distance, transmitted from the ether rather than merely emerging from your speakers. ‘Tropical Speed’ meanwhile has all the clanging, breakneck energy of a Prodigy track hacked to bits in an industrial grinder. Rest assured that if the machines finally take over and wage an apocalyptic war on mankind, this vicious cacophony will be their soundtrack.

‘Sleep / Slip’, ironically, sounds a lot like insomnia feels – the slightly fevered waking dreams of a disturbed mind. There is, however, the odd moment of melodic beauty amongst this dark storm; beautiful, defiant vocals that sound like a battle cry.

‘Deep Wave’ is an album that oscillates wildly between menace and beauty. This is not cerebral music. It’s visceral and wonderfully dystopian. It needs to be played very loudly, and perhaps in a darkened room. This is music that bypasses thought, and connects directly with your gut.