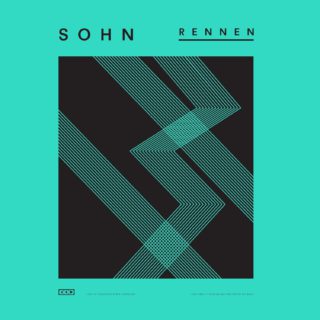 Christopher Taylor’s second album as SOHN arrives after reports of writer’s block, intercontinental relocations, scrapped recording sessions and personal upheavals, all contributing to pretty much a full house on the Difficult Second Album bingo card. With that in mind, it’s a tribute to Taylor that ‘Rennen’ is such a tidy, cohesive product: each of the ten tracks here is concise (none stretch beyond four minutes thirty), and the musical palette is strictly confined to voice, synth and drum programming, leaving the album’s variety to manifest itself through Taylor’s stylistic inventiveness.

Accordingly, the head-bobbing neo-soul of ‘Conrad’ and ‘Dead Wrong’ nestles alongside both the title track’s gorgeously inky torch song aesthetic and ‘Proof’’s digitally fractured blubstep with impressive grace, and while there are minor missteps – ‘Falling’’s chattering percussion distracts when it aims to hypnotise, and the wig-out that closes the album feels tacked on – ‘Rennen’’s tight overall artistic control rescues these from being fatal.

SOHN’s nearest sonic neighbour is James Blake, but for all their similarities in song construction, ‘Rennen’ sits in stark contrast to Blake’s rambling album from 2016: leaner and more focussed (it’s almost half the length of ‘The Colour In Everything’), Taylor thankfully recognises that music as stylishly confessional as this has its greatest impact in tempered doses: ‘Rennen’’s restraint is also its saviour.