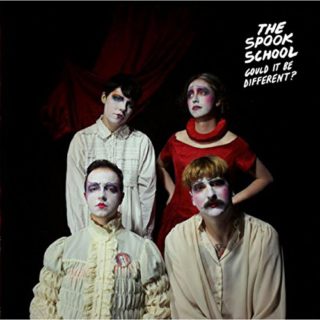 Since the release of The Spook School’s 2013 debut LP ‘Dress Up’ – a triumphant masterclass in indie pop authenticity – the band has become unlikely but necessary voices of a generation. By addressing and challenging issues surrounding identity and sexuality, they marked a timely shift in indie pop’s discourse, inspiring a new breed of bands to feel brave enough to confront their own experiences.

Unsurprisingly, the Scottish group remain true to their principles on ‘Could It Be Different?’ by depicting the nuances of modern life with strength and conviction. Their propensity for discord and melody reimagines the noisier end of C86, but it’s less shambling than its predecessors.

Here, the bittersweet punk of Buzzcocks is a more noticeable influence. It’s also typically upbeat, despite its occasional existential themes. ‘Less Than Perfect’ and ‘Body’ deal with anxiety and self-doubt using a bouncy, pristine pop approach, for example, while the album as a whole elicits a heightened confidence in The Spook School’s songwriting. It’s the most realised thing they’ve done so far.