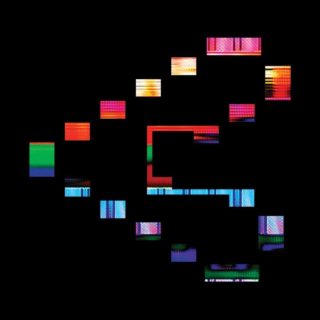 ‘Comfy’ is a descriptor you might not expect for a Squarepusher album. Free Jazz, rotted electronic textures and heady drum and bass aren’t usually a warm embrace, but to hear a restlessly inventive artist like Tom Jenkinson return to his old stomping grounds (of fifteen albums ago) is definitely that. He’s spent his long, lauded career tinkering with new sounds and softwares, jumping from IDM to funk, and recently, to scoring a meditation programme for young children called Daydreams.

It’s been five years since we last got an album under the Squarepusher name, with Jenkinson comfortable to experiment in other avenues, such as perfecting highly technical bass playing with numerous side projects. That exploratory spirit was abruptly stopped last year, when he broke his wrist falling on ice. The potential for lifelong nerve damage put his livelihood and passions at risk. Not long after, the tragic passing of a lifelong friend made him feel even more untethered.

Through a need to look inward, as well as a necessity to recapture his creative spirit, he found himself digging out old analogue equipment. It was equipment that wouldn’t require massive amounts of dexterity, but also allowed him to crack out music without overthinking. The result is Be Up At Hello, a collection of instantaneous yet rewarding electronic tracks that feel indebted to his early days. Each track is complex and lovingly crafted, while the urgency and frenetic energy of the best IDM doesn’t get lost in how familiar some of these ideas are.

It’s wonderful to listen to an album where from the first few seconds, you know you’re in the safe hands of a master, and no matter where he takes you, the result is going to be interesting. ‘Oberlove’ is a sweet, accessible opener with a classically indebted chord sequence that keeps the groove steady while the beat and buzzing synths are free to flourish. From here, the album gets progressively riskier, diving deeper into discordant harmony and unsettling sounds. But for a few tracks, you can hear just how much run Squarepusher is having right there in the cheery presentation.

‘Nervelevers’ is where things start to get menacing, its churning bass groove warning off the listener like an approaching video game boss. We go tumbling down with staccato hits of cymbals, and weaving grooves that settle for just moments at a time. It’s some of the most stunningly intricate beatwork you’d get away with while still being a head bobber. ‘Speedcrank’ cheekily ups the intensity over its dizzying five minutes, before ‘Detroit People Mover’ allows us to catch our breath with a neon soaked ambient piece.

The epic ‘Mekrev Bass’ is the peak of noise and complexity on the album. It’s a daunting, speedy stompers, perfectly paced for close listening – it’s clear that even in moments of bombast, Jenkinson has been sure to fill his tracks with delicate details. We end on ’80 Ondula’, an ambient coda that isn’t quite as satisfying as the album’s earlier slow moment, but nonetheless acts as a moody and reflective end.

It’s clear that Be Up at Hello was written with the past in mind, but there’s nothing creaky or dated about it. It’s a love letter to his fans, and perhaps the perfect entry point for new ones.