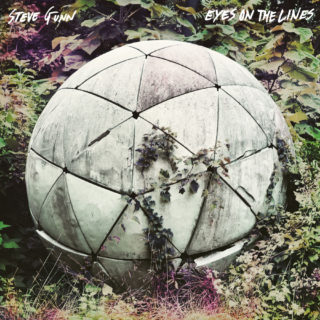 Listening to Steve Gunn’s album, I’m overcome with a familiar, claustrophobic sensation that it takes me a while to identify. It’s the sensation of being trapped in the back of a Mitsubishi Space Wagon circa 1994. My childhood summers were spent mostly in my Dad’s car, sandwiched between four siblings, travelling to a caravan park in Devon, or a cricket match in Stroud, or to my Nan’s house in Basildon, while interminable ‘old man music’ played on loop. It was unbearably hot and sticky because we didn’t have air con and my Dad doesn’t believe in driving with the windows open, in case a bird flies in.

‘Eyes on the Lines’ evokes these stifling summer journeys, played by a man who was once a member of Kurt Vile’s The Violators. So yeah, Gunn sure can play his instrument of choice, and in a classic American way that had him open for The War On Drugs last year. It makes me want to get out of the car and breathe clean, cool air, though, even though I’m listening in my kitchen, with the windows open.

Look, my Dad has good taste in music. What my 9-year-old self categorised as ‘old man’ was, in fact, Van Morrison and Steely Dan and Bob Marley. So, no offence to Steve Gunn – maybe his album is brilliant and I just can’t tell (though I will say that ‘Full Moon’, a kind of summery, laid-back, Beach Boys influenced track, is a highlight). Certainly, it achieves his ambition to evoke ‘the road’. It’s just a road I’d rather exit when possible.