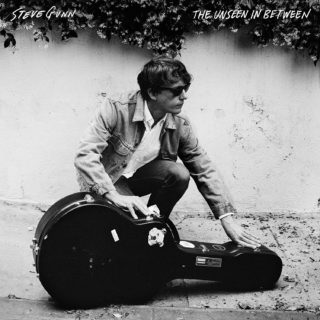 There’s something distinctly vintage about Steve Gunn. Just take a look at the cover of his new album: a scraggly haired, unsung guitar hero who looks like he’s just stumbled out of an early Bob Dylan record. By no means is this misleading either – Gunn’s hefty back catalogue has consistently satisfied the slightly psychedelic needs of a lo-fi Sixties revivalist. Not a lot has changed on ‘The Unseen In Between’, expect this time, he’s decided to tell his own sepia-toned past.

Gunn has a habit of telling other peoples’ stories, and until now has shown little interest in regaling his own. At least not this candidly. Raised in Philly alongside his long-term friend and band mate Kurt Vile, it’s taken the recent death of his father after a long battle with cancer for him to welcome anyone else in. Amidst his steady decline, the connection between father and son had never before been greater, each recounting their own experiences, and for the first time truly understanding the other’s perceptive. Gunn sings on ‘Stonehurst Cowboy’: “Meet me at the square of joy/ Fixed star in the night/ No more questions/ I have your mind.” It’s a tender sentiment of finality to all the wisdom a father can provide, and for Gunn it’s a sombre but thankful tribute.

Themes of loss and familiarity continue to crop up across the album’s exterior. During ‘Luciano’ – the name of an old bodega owner’s cat – Gunn bizarrely documents the two’s dependent relationship. What would one do without the other, and behind the melancholy guitar work it proves to be a sinister meditation for the owner to ponder.

Despite his often-sprawling guitar style, when it comes to song writing, Gunn stands resolutely alongside rock music’s more traditionalists. By wiping away its thick coat of dust, ‘The Unseen In Between’ is most stimulating during its rigidly structured solos and crescendos. Echoing the familiar bass twang of Van Morrison’s ‘Astral Weeks’, lead single ‘New Moon’ is a stark reminder of the true back-to-basics power of rock and roll mythology. Perhaps because it’s so rare now that it’s almost commendable, Gunn manages to champion a guitar player’s most defining features without sounding embarrassing or dated.