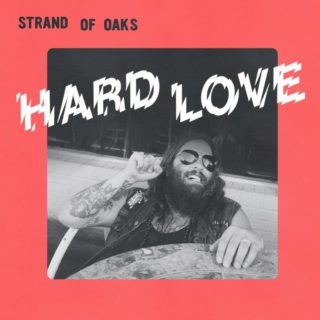 Strand of Oaks didn’t mean to create an album that feels like a compilation, but it doesn’t stop ‘Hard Love’ sounding like a different band is playing each track. Singer Tim Showalter clearly has stories he wants to tell, but with a kaleidoscope approach where the heavy, grunge reverb of ‘Everything’ and The Gaslight Anthem spirit of ‘Radio Kids’ anchor the first half of the album, the Coldplay indulgence of ‘Cry’ marks a quick-fire shift of styles that never quite feel connected.

The shanty sound of ‘Salt Brothers’ is raucously charming in a late-night lock-in kind of way but then ‘Quit It’ becomes Iggy Pop and ‘Rest Of It’ sets off on a raucous Rolling Stones strut. The intent is apparent on the aired-out guitar of ‘On the Hill’ and the heavy psych trip of ‘Taking Acid and Talking To my Brother’ as it rivals any of Black Mountain’s weirdest wig outs, but for all of the influences (and solid tracks) heard here, the lack of coherence only creates confusion.