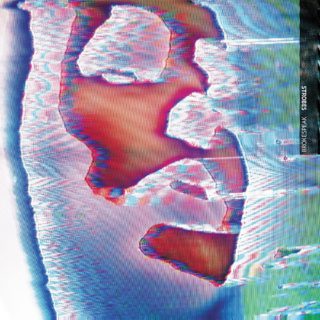 Strobes are a trio of virtuoso musicians with, independently, plenty of playing pedigree and a raft of entries on Discogs. Nonetheless, ‘Brokespeak’, their first album together, retains the feeling of three individuals still learning how to become more than their parts’ sum: the performances are packed with chattery polyrhythms, jagged micro-solos and effectively turbid arrangements, but the seven pieces here resemble more a series of well-executed circus tricks than anything more expansive.

Battles’ Ian Williams famously claims he invented the term ‘math-rock’ as a diss to overly scientific, mechanised acts after he watched a friend’s band, refused to react and then took out a pocket calculator to work out the exact value of their performance. It’s a critical response one could apply to Strobes: the textures, rhythms and structures here are all admirably complex and frequently arresting, and the flashes of motorik calm, which pepper the surrounding histrionics, suggest potential for something rather hypnotically brilliant. For the moment though, the virtuosity on display here doesn’t quite add up.