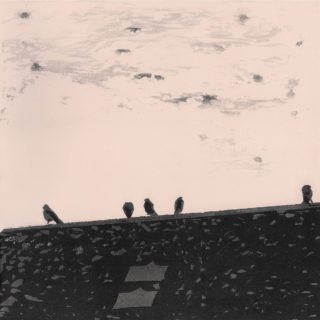 Tindersticks auteur Stuart A. Staples is one of the few songwriters of his generation bold enough to take the time he needs to tell his stories. On this first solo album in over a decade, he gives us four tracks that span the best part of an hour, and it feels just right.

Opener and briefest track ‘A New Real’ mixes mutated electronics and clattering found sound percussion, over which Staples repeats, ‘Was it once love?’, crafting the most twisted torch song you’ll hear all year. It follows the pattern that defines the record, starting out in a clear, often beautiful place, but taking unforeseen detours, ending in an altogether more unsettling, mangled state, never out of danger. It calls to mind those sleepless nights where casual thoughts inevitably succumb to your innermost guilt and fears. The most Tindersticks-like track is ‘Step into the Grey’, a slow-paced narrative that climaxes with a pulsing blend of crying strings and stuttering drums.

The title ‘Arrhythmia’ suggests the importance of the unpredictability of time, and when 31-minute closer ‘Music For ‘A Year in Small Paintings’’ arrives, it is a study in patience. Omnichords, lapping guitars and a musical saw keep the pace steady, and for once Staples resists the dark-night-of-the-soul discursions, remaining lucid throughout, never combusting or seeking to break free from the restraint. Few execute songcraft at this speed so expertly.