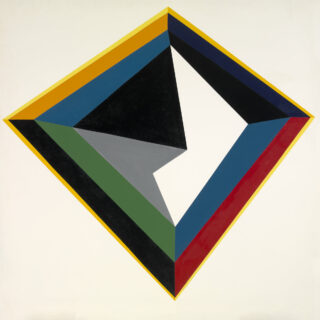 Much time and column space has rightly been given to the explosion of jazz that is rippling along British shores, emanating from the boisterous South London scene. However, it is not alone. Just across the North Sea over in Belgium, birthplace of the saxophone, another sustained wave of young and established jazz talent is pushing the genre forward.

Whether the flute-driven jazztronica of Belgian-Ghanaian act ESINAM, the heavily improvisational Steiger (who title their songs things like ‘Absolution of a French Fry’), or the atmospheric post-rocky dérive of Nordmann, there is much to choose from in this small land.

STUFF. is one of the bands at the heart of the movement. Emerging from the vibrant Ghent jazz scene in the Dutch-speaking part of the country in the early 2010s, STUFF.’s music is full of sparkling keys, electronic wind instruments, and pulsating rhythm sections that feel like communications from a Telstar.

However, none of this comes at the expense of a good jaunty jam, with G-funk and other hip-hop flavours floating through their whirling orbits. All propelled forward by the sophisticated and sublime drumming of Lander Gyselinck whose subtle fills and shifts are at the core of STUFF.’s sound.

However, on T(h)reats, their third album, STUFF. light out for new territory, trading the space-cowboy rollicking vibes for a more insulated, vacuous groove. Less Star Wars, more 2001: A Space Odyssey. On this journey through a godless galaxy, synths fizz away to nothingness, tender piano strokes tread across tracks like light-footed cosmic mysteries, and at times the bass is less plucked, more scratched.

Album standout ‘Finding Mu’ is the finest example of the LP’s constellational consternation. A menacing track which stalks the skies with a tin-can synthline that feels rough enough to rip through the space-time continuum. That’s not to say the whole of T(h)reats is an existential affair. This release is still full of moments of whimsy and flat-out absurdity, including an extended Morse code-like bass solo during ‘Honu’, a deep-house vibe on ‘OB499’ that sounds like the rave at the end of the universe, and an overdose of Space Invader-tinged funk on penultimate track ‘Kwibus’.

T(h)reats can feel incredibly lonely at times, a Shabaka Hutchings project without the spirituality, but in its moments of emptiness tinged with voyager humour, the dark, endless horizons can feel oddly comforting.