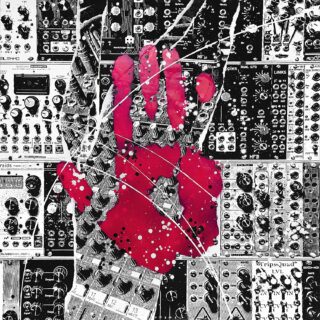 Subjective is a producer duo made up of Goldie – 1990s jungle pioneer and reality TV regular, resident of the idyllic island of Phuket, Thailand since 2015 – and a bloke named James Davidson, who puts out proggy, jazzy, and perfectly listenable drum and bass as Ulterior Motive from his house in Bournemouth. They made this, their second album together, online over the past 18 months, bouncing ideas across the timezones as the pandemic swept the globe, roping in various guest musicians – most notably neo-soul vocalist Greentea Peng and nu-jazz guitarist Tom Misch – along the way.

And the result is… fine, I guess? As with everything Goldie touches, it’s too long (even though 70 minutes represents comparative brevity against much of his discography), and most of the tracks feel like iterations of the same template, in which plastic soul diva vocals swoop over tasteful, identikit backing tracks seemingly built from bland Lego bricks of breakbeat and synth. Occasionally, something leaps out of the soup, propelled by force of either personality (the guests on central pair of ‘Crazy’ and ‘Breakout’ both inject a much-needed zing and vitality) or nostalgia (‘Sunlight’ evokes Goldie’s classic ‘Inner City Life’ rather poignantly, and then ‘Dolis Hill Rufige’ immediately afterwards goes full back-to-’95 hardcore, with irresistible propulsion and grit), but the majority of The Start of No Regret is just too frictionless, directionless and edgeless to hook into anyone’s head. Nothing here is actively offensive, and much sounds technically well-crafted. What Subjective have overlooked, unfortunately, is much in the way of creativity.