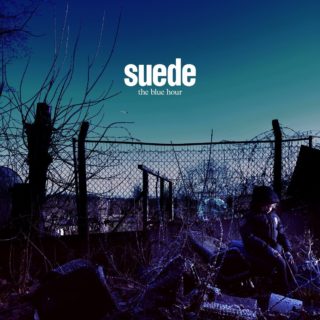 It’s nearly three decades on since the embryonic version of Suede included Justine Frischmann and Bernard Butler. This isn’t that Suede. This is a different band. The singer sounds the same, the guitarist, who was basically copying Butler before he joined at 17, is the same. Except they’re 40 plus and the eroticism and drugs have been replaced. What with isn’t completely clear.

This is the third in the triptych of Suede records since 2013. It’s the last light of day before the blackness of night. ‘The Blue Hour’.

‘As One’ is operatic; Brett Anderson is Jean Valjean in Revolutionary Paris. ‘Wastelands’ is more classic Suede, Richard Oakes’ distinctive guitar style at the forefront.

There’s a narrative, which is never quite fully laid bare or completed. Nevertheless there is a concept to the whole record. Songs are linked together with spoken word elements, “dead bird” and “Sonny” are frequently referenced. Brett has stated that he writes as though looking through his son’s eyes and he appears to be taking the role of the protagonist on this story.

A Marc Almond-esque theatrical sound effects Anderson’s vocals throughout and lends the whole thing the feel of a horror soundtrack. The video for the epic lead single ‘Life Is Golden’ journeys round the abandoned town of Pripyat after the Chernobyl disaster, lending it a post-apocalyptic, haunted atmosphere as Anderson’s vocals channel David Bowie. The theme is of childhood terrors and is described by themselves as, “unpleasant, Suede should be unpleasant”. And yet, they still can’t help but somehow sound uplifting, which is probably a good thing.