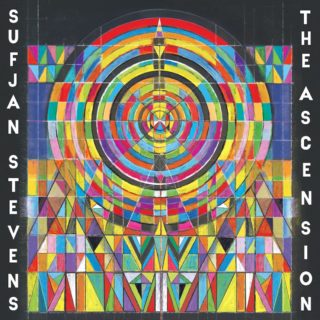 Five years ago, Sufjan Stevens peaked. In the spring of 2015, he released Carrie & Lowell, an elegy to his long-estranged, recently deceased mother and his patient stepfather, drawing on poetically misremembered childhood stories and posthumous confessions to create a perfect record, a sort of exquisite diorama brimming with poise and quiet hope. Perhaps what made Carrie & Lowell the highpoint of an already fairly impressive discography, however, was not just the album itself; it also represented a perfectly executed shift in approach for Stevens, away from the high-concept, obsessively researched documentarian practice of his Fifty States and The Age of Adz phases that bore often fanatically polished music with an overwhelming sense of hugeness, and towards something more profound and confidential. With Carrie & Lowell, Stevens’ fans were offered catharsis and context about a much-adored but also zealously guarded character; simultaneously, Stevens proved he could do intimate just as masterfully as he could epic – a throughline of his unique personality and spirit was retained, with the rendering expertly flipped.

How does one move on from such heights, though? For Sufjan Stevens, the answer has appeared to be to do as much Other Stuff as possible. Over the past five years, it feels as if he’s tried everything but write a follow-up to Carrie & Lowell: he’s curated a remix compilation, done a live DVD, made contributions to movie soundtracks, collaborated with old friends on an intriguing but spotty semi-electronic song cycle about the solar system, written a labyrinthine ambient album with his stepfather, provided perfectly serviceable solo piano music to accompany a contemporary ballet, and published a revealing double A-side and essay to celebrate Pride month last year. And perhaps that’s all fair enough: after all, when stuck on a creative mountaintop, with retreat or repeat the only options, it’s understandable that extended periods of high-end dilettante tinkering might appeal. On top of that, the cultural landscape of the last five years has increasingly demanded that high-profile figures such as Stevens make artistic responses to recent socio-political events, and even someone of his storytelling capability might struggle to throw a net over the current chaos, were he to even attempt it.

But another option for dealing with reaching a creative zenith, of course, is to rip everything up and start again, and this is broadly the path Stevens has taken for The Ascension: for his ninth solo album, he has written a modern pop confessional about doubting his Christian faith that sounds unlike anything he has done before, incorporating splatters of EDM, ’90s R&B, industrial synth, and neurotic glitching machine music into a hulking 80-minute slab. Written almost entirely alone and on a laptop, with programmed four-square beats underneath washes of edgeless, depthless synth and glassy reverberating vocals, the only Sufjan tells on first encounter are his voice, the album’s totemic devotion to a single theme, and its intimidating length: although The Ascension is Stevens’ longest album yet – if only just – it’s also his fifth that runs past the 75-minute mark. The writing structure is new, too: where once Stevens’ songs surged and fell back, with organic flourishes and silences, on The Ascension they pulsate at a machine-driven constant pace; where once they felt like multi-part mini-symphonies, hyper-detailed worlds unto themselves, here they frequently revel in their emptiness. 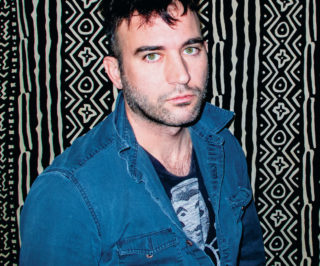 That said, flickers of Stevens’ back catalogue cut through after repeat plays: there are personal revelations that echo the candour of Carrie & Lowell and the Christian-spiritual contemplation of Seven Swans, and there is electronic esotericism to rival 2001’s Enjoy Your Rabbit and plenty of the bombast and soaring arc that characterised Illinois and The Age of Adz so well (albeit with less variety). Nevertheless, it’s difficult to shake the feeling that The Ascension is the sound of Stevens attempting not just a clean break from his musical past but also to draw some kind of line under his public personality, too: once the gentle evangelist for a loving God, Stevens becomes sarcastic, bitter, and regretful here, and several times styles himself as a spokesperson or instructor – less storyteller, and more implorer. But that’s also where The Ascension starts to feel interesting: its knottiest songs present a new Stevens, where his trademark warm wistfulness has been retooled into something more searing, and even the songs that retain the familiar Sufjan-brand cathartic redemption frequently offer stern critique alongside the sadness.

From time to time, this more assertive, punchy, almost cynical personality is extremely effective. Opener ‘Make Me An Offer I Cannot Refuse’ initially evokes Vespertine-era Björk with skittering bedroom beats, but swiftly shifts into thumping dissonance while Stevens yells “I have lost my patience,” as if addressing God directly, creating an effect equal parts panic attack and exorcism. Equally, the synthetic tapestry of ‘Video Games’, in which he rejects faith in favour of agency and self-actualisation (“I wanna be my own believer,” he deadpans in the first verse) appends a jaded detachment to the existing melancholy, which suits the attendant mood. The steely double of ‘Death Star’ and ‘Goodbye to All That’, too, a motorik electrofunk segue that would slot agreeably into Janet Jackson’s Rhythm Nation, conjures intrigue via Stevens’ wide-open delivery, and its moment of transition into a strangely euphoric futurist driving song in the second half shows that for all the stylistic mutation here, Stevens still knows how to generate tension and release.

The album’s more fragile moments, too, appear even more flawlessly delicate in this new environment of crystalline, digital purity, and in doing so provide The Ascension’s best songs. The vocal line on ‘Run Away With Me’ isn’t autotuned, but almost feels like it should be, given its gleamingly perfect surroundings, and that gossamer sheen grows more engrossing as the otherwise simple song progresses. Further into the record, ‘Sugar’, ‘Die Happy’ and the title track in particular are among the most impressive tracks Stevens has ever recorded: all three are skilfully understated, happy to swim in a glitching, glimmering electronic milieu that builds rather beatifically, and all justify their extended running times with a nuanced pacing and undulation that’s often disappointingly absent elsewhere.

That particular lack hamstrings much of the rest of The Ascension, with at least a third of its tracks drifting by in a sort of glacial ooze, inoffensive yet unremarkable on the one hand, but on the other tantalising because their featurelessness smacks of missed opportunity: ‘Tell Me You Love Me’, for example, is prettily stately, and one could imagine an earlier Stevens configuration imbuing it with some real heart. Here, however, it feels almost auto-generated, wilfully blank, and therefore awkwardly uncanny. Elsewhere, ‘Lamentations’ longs to be both epic and intimate at the same time, but each desire pulls the other out of shape, and although ‘Landslide’ features a rare appearance of an acoustic instrument, its personality is so diluted by the glazed, vitreous production as to be rendered almost homeopathic.

All of which contributes to The Ascension being a difficult album to parse in its existing form, and ultimately an occasionally frustrating one to encounter. After all, there are 45 minutes or so of beautiful, poignant, original and enthralling music here, with tracks that demonstrate Stevens’ almost unparalleled knack for songcraft, emotional manipulation, melody and delivery. However, among them sit, variously, experiments in need of an editor, sketches in need of colour and, in the case of final track and lead single ‘America’, gargantuan wedges of undeniably impressive composition in desperate need of some soul. The obvious solution to that in our playlisted age is just to excise the missteps and crack on, but the thought of The Ascension being broken up surely misses the point – more than any other Stevens album, this is clearly a monolithic experience designed to pin you in your seat for an hour and a half; even the idea of its being divided into four sides for the vinyl edition seems anathema to its intention. Accordingly, a hunch emerges that once the hubbub surrounding its release subsides, The Ascension may become something of a white elephant in Stevens’ discography: an album of lavish assembly, clearly of immense importance to its creator, and, during its best moments, impressively riveting, but also, you suspect, one that few will revisit in its presented form – a record that only the most devoted of Sufjan stans will be able to swallow whole. For The Ascension, that’s not necessarily terminal; for Sufjan Stevens, it’s a marked fall from his peak.