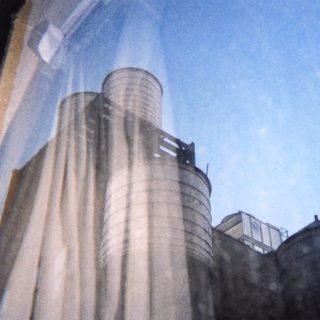 “Every day we get closer and closer to death…” reflects prolific wordsmith Mark Kozelek during ‘Chili Lemon Peanuts’, the second of 16 tracks on his latest Sun Kil Moon album. This is hardly an epiphany for the Ohio-born songwriter, though. His noting that life is fleeting has been a catalyst for the majority of his songwriting over the past 15 years, and that awareness manifests itself in this collection of new songs.

As the verse on ‘Chili Lemon Peanuts’ continues, he ponders where he and his partner will be in years to come, and his hope that they will be together when he passes (something he also spoke about in the epic ‘The Possum‘ in 2015). As intense as this moment might sound to some, it’s not uncommon for Kozelek to write of such things. He doesn’t seem to be afraid of death, but he is intent on preserving and remembering his time spent before it, and the two hours of music here exhibit him doing that by setting his autobiographical lyrics to an experimental, downtempo style of folk-rooted rock instrumentals.

For newcomers to Sun Kil Moon (who probably know him as the guy who protested against The War On Drugs by inviting them to suck his cock, or through his unapologetic stage commentaries that earned him allegations of being a sexist, which he alludes to on ‘Lone Star’ and ‘Window Sash Weights’) this may all seem quite dark and heavy. It is, and it’s meant to be, but through this Kozelek reminds us to cherish life and those you love, and to use what little time you have wisely and kindly. He creates an intimacy that can matched by few other artists (perhaps Nick Cave, Elliott Smith), as he allows the listener into some of his most personal thoughts and emotions, most commonly talking about his age, mortality, true crime stories, friends and family, Twitter, Trump, films, mass murders, and his great love, boxing.

Written and recorded from January to August 2016, Kozelek adopts more of a full-band, improvisational approach to his sound and songwriting, resulting in some of his most stylistically eclectic material to date. His wise, melancholic voice and nylon-string guitar are still at the core of most songs. Some have the tendency to meander, but that’s not to say that there aren’t some stunning moments. The aching ‘Window Sash Weights’ is both tense and beautiful, ‘Butch Lullaby’ is a touching tribute to an old friend and ‘I Love Portugal’ harks back to his ‘Among The Leaves’ era. However, it’s the mournful opening track ‘God Bless Ohio’ that’s the most endearing, and could well be one of the finest songs in his recent catalogue.

The longevity of ‘Common As Light…’ may make it a challenge to navigate initially, but with each sitting the album grows more personal, and feels like the natural progression from last year’s Jesu collaboration. It may not be the masterpiece that 2014’s ‘Benji’ was, but it proves Kozelek to be a rare breed of artist who, as he states on ‘Philadelphia Cop’, “ain’t no one’s fuckin’ puppet”.