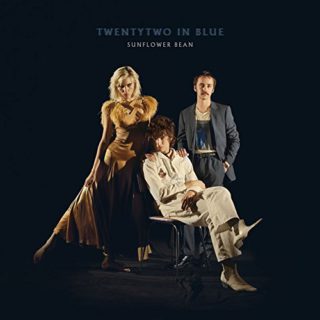 It wasn’t that long ago that Sunflower Bean were being talked up as NYC’s coolest young band. Given the musical delights that forever pour out of that city, it was quite the accolade. Sure, they were never going to win any awards for originality, but there was a certain frisson to the songs that made up their debut album, ‘Human Ceremony’, even if it sounded a little one paced for a group allegedly in thrall to Pink Floyd, Led Zepplin, and The Velvet Underground. There’s even less rock and roll on follow up ‘Twentytwo In Blue’, for the band have raided an entirely different era for inspiration; specifically, the soft rock of AM radio and the big Fleetwood Mac songbook.

There are a few gems to be found here – ‘Any Way You Like’ is a gorgeously sweet little ballad, while closer ‘Oh No, Bye Bye’ is a charmingly wistful sign off – but mostly they sound like they’re refashioning the cooler corners of music history. Having a great record collection and knowing what to do with it are two different things; sadly, Sunflower Bean are lacking in the latter.