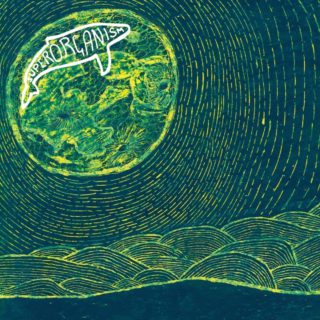 On paper, Superorganism’s appeal is clear: eight divergent oddballs come together, originally via social media and then in an east London house share, to make a virtue of their disparate personalities by writing an album as varied as their individual international backgrounds. On record, though, that appeal dwindles: ‘Superorganism’ is, for the most part, an undercooked, callow and solipsistic appropriation of that “misfits” ethos, devoid of any warmth, depth or self-awareness. A disconcerting precision zaniness abounds, too self-conscious to feel genuine, while production circus tricks pop, but in a weirdly formulaic way, as if simply dragged and dropped from a folder marked “kooky”. Tracks drift by with neither consequence nor conviction — for a record so eager to be day-glow and madcap, it’s disarmingly drab, like a bored raid on a dressing-up box.

Life, however, occasionally flickers: the longing of ‘Reflections on the Screen’ is as welcome here as it is absent elsewhere, and break-out single ‘Something for your M.I.N.D.’ manages to mutate the album’s grating goofiness into something more charming by actually dialling back the wackiness. Elsewhere, though, at least four tracks carry exactly the same novelty warped sliding guitar, melodies of more than three notes become distinctive due to their rarity, and any sense of sonic investigation is eschewed for a plasticky palette of stick-on samples: songs overflow with car horns and tuned meows, underpinned with faux vinyl crackle and sloshing waves. At one point, we even hear a sample of Marge Simpson grimacing.

Ultimately, though, it’s hard to blame Superorganism too much for this mess: being ensconced in their own bubble, they’ve made an album to entertain themselves and themselves only, a series of musical selfies that are presumably as entertaining internally as they are irrelevant outside the walls of their shared house.

Forthcoming single ‘The Prawn Song’ sums it up best: another attempt at jaunty playground minimalism, this time its (relatively) firm foundations only prop up pseudo-Beck dadaisms: “Have you ever seen a prawn get a cold sore?” asks singer Orono, distractedly, over an off-the-peg squelchy bassline — not the most cringe-inducing line on this album, either. On the one hand, it’s perhaps unwise to overthink the musings of a 17-year-old and her pals; on the other, it’s perhaps unwise to record and publish them.