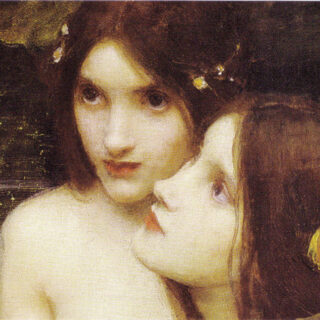 Since his death in 2015, there has been a widespread reappraisal of the work of ambient techno producer Susumu Yokota, with albums like Acid Mt. Fuji and Sakura becoming immensely popular on YouTube. Lo Recordings have now started on a series of vinyl reissues, starting with 2004 album Symbol.

It’s his most characterful project, an ambient record which samples heavily and brazenly from car-advert classical music. This is unlike other ambient music of the era with similar inspirations, like Deaf Center’s Pale Ravine or Shenzhou by Biosphere, which tended to make a virtue of being as muted and tasteful as possible. Going from a Stars of the Lid track to the blatant sample of ‘Clair de Lune’ on  ‘Purple Rose Minuet’, you’d be forgiven for thinking that Yokota was taking the piss.

Reading the new liner notes from a friend of Yokota’s, journalist Tsutomu Noda, will change your mind on that point. Noda describes Yokota as an austere, slightly lonely man, quoting an early interview: “When I was a child, my parents were both working, so I spent a lot of time at home alone. I’d go into the cupboard, rearrange it and make a castle out of bedding […] and then daydream. Life hasn’t changed much since.”

That sense of slight disconnect with the world is the core of the album. Yokota wasn’t joking, but there is no overdone self-seriousness here either. Symbol is a sincere attempt to use the music most people hear incidentally here and there as children to connect with a dreaming past self. If you are still able to look at a pile of bedclothes and see a castle, you might listen to Symbol and hear your own childhood reflected back at you.