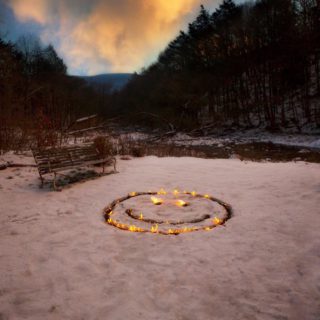 The criticism often levelled at Logan Takahashi and Nick Weiss has been that they’re almost too content drifting through their hazy, half-speed world. At times, that lack of coherence has been frustrating but it also turns up some rare moments of beauty. Here, the subtle consistency of ‘Telepaths’, the electro boom-bap urgency of ‘Wet Eyes and Exhilaration’ and the bubbling deep house of opener ‘All The Time’ give you something to hold onto but ‘8am’ still feels like another set of glossy explorations left to wander.

Where ‘Seeds’ briefly emulates Mount Kimbie’s ‘You Took Your Time’ – guest vocalist Khalif Jones’ New York delivery does a solid job of mirroring King Krule’s Landan drawl – it’s tracks like ‘Crash Soft’ and ‘It Was Already Light Out’ that underscore the album’s slow, soft focus with woozy, time-stretched melodies. That lack of development made 2012’s ‘Tracer’ largely forgettable and those same blurred thoughts and faint lines characterise ‘8am’ to the point you feel like there’s continuity, but you end it feeling like you’ve been taken nowhere in particular.