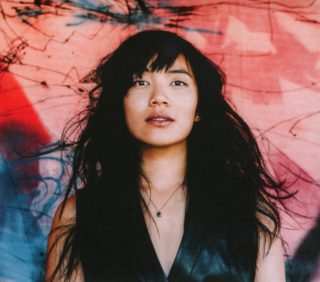 When an artist who has built a whole career upon their musical idiosyncrasies finally seems to hit a creative brick wall, the results aren’t pretty. Thao Nguyen’s fourth album feels and sounds like an unreconstructed musical discharge, the sonic equivalent of randomly hurling clods of earth at a white canvas. The creative contribution of Tune-Yards’ Merrill Garbus, who produced the album, can be keenly heard. Here is a similarly haphazard feel and unrefined sound.

But there is a difference between pleasingly raw, and lazily random, and at times this record feels like a demo, or even a recording of a rehearsal. Dotted amongst the cacophony are brief moments of engaging joy; the great single ‘Nobody Dies’ is a vaguely grungy gem with a superb vocal melody, while ‘Millionaire’ has the superb lyric, “Oh daddy, I’m broken in a million pieces / That makes you a millionaire.” Elsewhere though ‘A Man Alive’ is only sporadically listenable, and is far more often tiresome.

Thao & The Get Down Stay Down